The Sobering Truth: The future of the No & Low Alcohol market 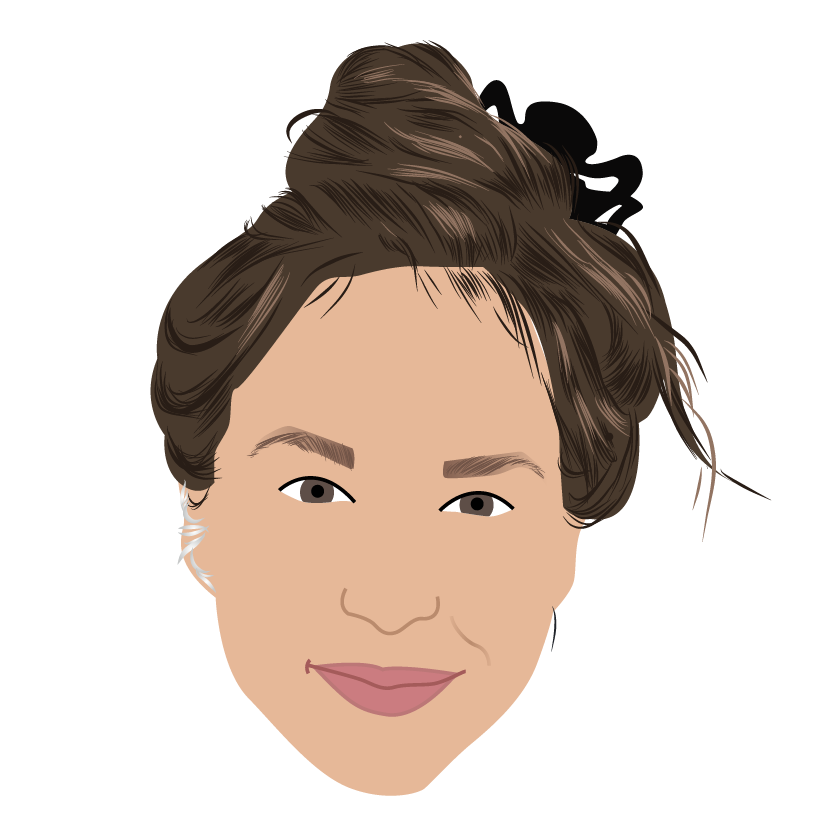 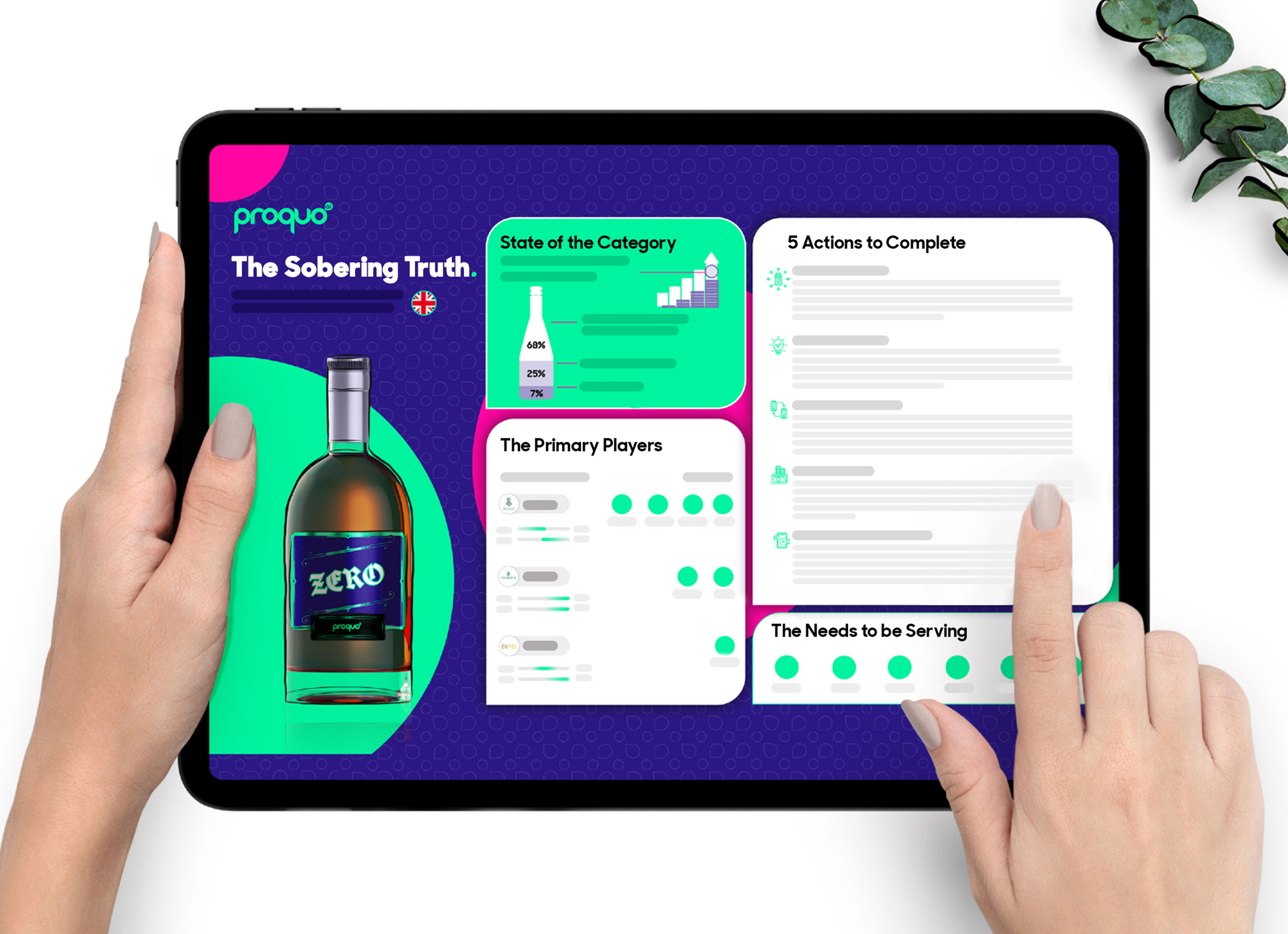 The low and no alcohol industry is booming, and shows no sign of slowing down. Even COVID-19 hasn’t been able to put a dent in its progress, its appeal and demand are only increasing, every day. But for a category that’s growing at lightning speed, where is the opportunity space for brands wanting to disrupt through innovation? What are the challenges brands need to overcome to compete?

We caught up with two experts from the UK and US low and no alcohol categories, to delve into the root of the category’s success, and what the implications are for its future. We were joined by former Diageo strategy consultant and Summerlong Wines founder, Ila Byrne, and former Lucky Saint Head and Jackson Jones Whisky founder, Racheal Vaughan Jones, and picked their brains on all things NOLO...

ProQuo: The low and no alcohol category has seen rapid growth in recent years! How have customer expectations changed since this revolution began?

Ila:  About three years ago some of the biggest names in the brewery world, including, Millers, AB Inbev and Heineken, put out a statement at their end of year shareholder meeting claiming 25% of their revenues would eventually come from non-alcoholic beer. This was a bold statement and caught many people off guard. It shook them up to the magnitude of the opportunity and encouraged anyone thinking about entering this category, to accelerate their plans!

Heineken’s 0% beer was one of the first big players to change public perceptions. It made people realize that no alcohol drinks actually don’t taste that bad. Now, Athletic Brewing and Seedlip are key players in the space, and have done more in the last three years than anyone else in the last three decades. Both brands built on their look and feel by creating products and messaging around Aspiration. Seedlip, in particular, targeted niche markets in high-end culinary restaurants to evoke an aspirational premium feel.

In terms of target audience, it’s undergone a huge shift, and this changes what customers expect from the product. It’s moved from t-total users and those who’ve never drank alcohol, to people who are looking to moderate their consumption with a weekday swap over, or opt for low and no drinks as a third drink on a night out.

ProQuo: What are the biggest challenges of the low and no alcohol category?

Ila: The market is still young in the US, and consumer awareness is incredibly low, with NOLO drinks yet to appear on menus at bars. On the shelf, you’ve got beer alternatives, gluten-free beer, but no wholly dedicated space to no and low alcohol. The challenge is how to educate and build awareness that will override cultural taboos about being out and not drinking.

Another big challenge is the taste. A lot of no and low spirits don’t live up to the burn you get from an alcoholic version. I think that’s why it’s generally far behind low and no alcohol beer - the beauty of Seedlip is it’s a low-proof ingredient to a drink, so it works well as a mixed cocktail.

Rachael: The category is certainly growing in the UK, and COVID-19 has definitely accelerated this growth, but if you look at broader alcohol markets it’s still a tiny dot on the radar, which outside of one generation, people don’t necessarily know about. There’s still a lack of awareness and a cultural stigma in the UK around not drinking.

A challenge, particularly for no and low beer, is changing the already existing, negative perception consumers have in their minds. When working with Lucky Saint, we positioned our products in the food and casual dining space to combat consumer expectations of poor quality, bad-tasting drinks. That’s the big hurdle of the category, and it’s one that spirits don’t necessarily need to consider, as nothing has come before spirits in that same way as no and low beer.

Ila: Brands’ action behind the ‘drink responsibly’ messaging still has a long way to go in the US. Maybe we need more cultural ambassadors promoting the positives of socializing without drinking. There are still no cultural conversations around the joys of no and low alcohol. The conversation currently only fits within the detox-deprivation mindset where everything - from sugar to alcohol - is cut out.

ProQuo: Where do you see Innovation in the category?

Ila: With the main focus now being on people who drink and want to moderate their drinks as opposed to people who are t-total, you have consumers who have been drinking these products for decades, and so have extremely high expectations of taste. Innovation in taste is a must I think, particularly in the Spirits category.

Craft whiskey, such a non-alcoholic bourbon, would be the first of its kind and a really interesting space to carve out. Behind vodka, whiskey is the biggest category in the US. After drinking a JD and Coke and a bourbon Old Fashioned, consumers may be tempted to try a non-alcoholic equivalent as their third drink.

Rachael:  The next wave of products I’m seeing are Brands like EDI, a CBD low and no spirit, with active ingredients derived from cannabis. It aims to replace pouring a G&T at the end of the day to relax. The category so far has been focused on swapping existing moments of consumption with no and low versions, driven by wellness and people wanting to monitor what toxins they put into their body. But there’s still a big opportunity for a product that gives you a buzz without toxins.

The messaging is still a bit of a mind field as a lot of the population still don’t understand the point of a low and no spirit, let alone one that has active ingredients that are going to do X, Y & Z. But it’s a really interesting proposition and marks the next wave of Innovation to happen in the category. I’d suggest brands innovate with different price tiers to make themselves more accessible. Regardless of the extra processes, equipment and investment required to deliver a non-alcoholic version of a spirit; all customers see is a full-strength gin next to a non-alcoholic version on the shelf that’s priced the same.

ProQuo: What advice would you give to brands wanting to launch in the category tomorrow?

Ila:  Build credibility by working your craft credentials into your process. This is what Seedlip did brilliantly with their distilling approach. Also, I’d say the space to tackle head on is the music and nightlife industry, particularly the dance, DJ and festival space. People are drinking here for a prolonged amount of time and need an equivalent drink that means you can enjoy the music for hours, without having to order water or get really drunk.

Rachael:  My advice for startups entering this market is don’t be put off by the competition’s massive budgets. The latest NPDs, like Gordon’s 0% and Beefeater, are dominating the market right now. The one thing the category really needs is education on the point of low and no alcohol and a mass expansion of the consumption pool. It will grow this consumption pool quicker with their levels of investment, while getting the message out to more people at a faster rate. Consumers are more and more interested in storytelling and discovering new brands and innovation, so get involved!